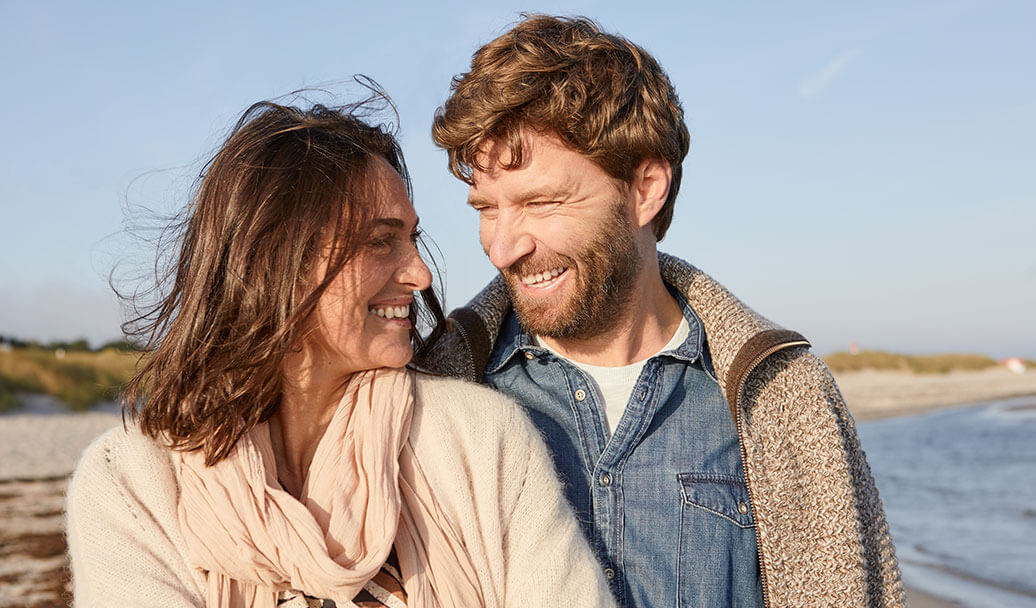 Our nutrition has a direct influence on our health. Omega-3 fatty acids are of particular importance here. They occur in special vegetable oils, nuts and above all, and in their most effective form, in sea fish. Many people hear "fatty acids" and think of fat in general. But don't worry, there are major differences.

First, there is a difference between saturated and unsaturated fats. We should not consume too much of the unsaturated fats mainly contained in meat and whole-milk products.
But for a healthy metabolism, we need certain good fats. These "healthy" fats include polyunsaturated omega-3 fatty acids, above all docosahexaenoic acid (DHA) and eicosapentaenoic acid (EPA).

The unborn child in the womb already needs EPA and DHA for its physical and mental development. At every age, however, omega-3 fatty acids play an important role. They are, moreover, of great significance with brain metabolism and normal heart function, and they contribute to maintaining eye health. It is not without reason that the valuable omega-3 fatty acids are considered a multi talent for our health.

We eat too little fish!

But it is a fact that, according to the German Nutrition Society, many people eat much less fish than recommended. 16 % of German citizens eat no fish at all. The levels found in children and adolescents do not meet the recommendations, either.
Two fish meals a week would be ideal, with at least one consisting of sea fish.
Our tip: What about starting to buy fish regularly at the weekly farmer's market? Catfish fillet is very mild in taste and thus especially suitable for "entry-level fish eaters" or children.

Omega-3 with EPA and DHA – applications

The omega-3 fatty acids EPA and DHA are a true multi-talent, and studies increasingly verify their favorable influence on a great variety of health areas. Some scientists even claim that the specific development of the human being has only been possible due to fish as a food source.

For normal brain function:
Our ability to learn and concentrate is also influenced by the food we eat.
The omega-3 fatty acids can especially contribute to maintaining normal brain function because the evidence of DHA content was highest in the metabolically active areas of the brain, such as mitochondria, synapses and cerebral cortex. The prerequisite for normal brain metabolism is, therefore, an adequate share of DHA fatty acids in the food we eat. The recommended daily DHA intake is 250 mg.

For normal heart function:
Not only exercise, sleep and relaxation are important for a healthy heart, but also the proper nutritional regime. Sufficient levels of DHA and EPA make a valuable contribution to normal heart function. A daily intake of 250 mg EPA and DHA will have a fruitful effect.

For normal eyesight:
About 80 % of all the information we take in about our surroundings comes to us by way of our sense of vision. This is reason enough to protect our eyes and keep them in good health. Here, too, the omega-3 fatty acids play an important role because they are components of the retina and the photoreceptors. A daily intake of 250 mg of DHA can especially play a positive role for maintaining normal eyesight.

During pregnancy and lactation:

Already during pregnancy, omega-3 fatty acids EPA and DHA have an influence on the normal and healthy development of the baby's eyes and brain. The fatty acid DHA is a module of the brain, the nerve tissue and the eyes that is deposited toward the end of the pregnancy and during the lactation period.
Since a pregnant woman delivers the DHA to the unborn child directly through the umbilical cord, an increased daily intake of 200 mg DHA in addition to the recommended daily intake of 250 mg EPA/DHA is recommended.