Everyone knows colds and their unpleasant side effects. Discover our product selection. 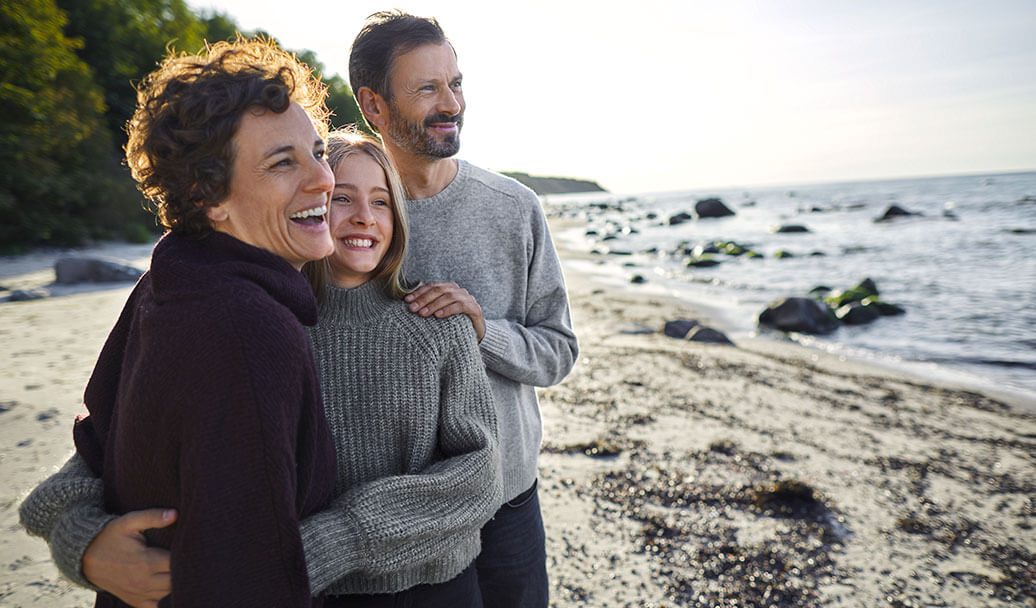 Who doesn't know what if feels like to have a cold? A cold is defined as an infection of the upper respiratory tract that is normally not caused by a chill, but by viruses.
So far, it is not possible to combat the causes effectively since such an infection can be triggered by more than 200 different viruses.

Adults have an average of 2 to 3 colds per year. Small children can have up to 8 infections per year because they are not yet so particular about hygiene and often in close contact with other children. Besides, their immune systems are not yet fully developed.

Colds often announce themselves through a scratchy feeling in the throat,
followed by symptoms like coughing, sniffles, hoarseness or sore throat. This makes us feel tired and washed out, and we often suffer from headaches. When you have a cold, make sure to take care of yourself and avoid physical overexertion.
Normally, the common cold symptoms subside after a few days and should be completely gone after two weeks. Still, you do not have to put up with the discomforts of a cold because there is help from nature!

Eucalyptus - just take a deep breath against the cold

The eucalyptus tree is native to Australia and known to most people as the source of the koala's favorite dish. But it is not only these cute animals who treasure the leaves of the eucalyptus, for they also have an established place in medicine.

The eucalyptus tree exudes a very special aroma that comes from its leaves.
A particularly mild method of steam distillation is used to extract the coveted oil from the leaves.
Eucalyptus oil is composed of several essential oils. The lion's share is, however, eucalyptol (cineol), which must account for at least 70 % in the oil.
Whether it is used as active component in a relaxing cold-and-flue bath or in cold capsules – eucalyptus oil unfolds its 2-fold relief effect in the respiratory tract. It dissolves thick mucus and can thus provide significantly freer breathing.

Surely a lot of people have often seen ribwort plantain, a meadow herb,
with its inconspicuous flower without ever knowing its name. In 2014, the ribwort was even chosen as medicinal plant of the year.
The herbal agents derived from it stand out particularly for their abirritant and antibacterial features to combat cold symptoms affecting the respiratory system. Ribwort leaves contain substances that cover the mucous membranes in the mouth and throat with a protective film. This can actively promote the recuperation of irritated mucosal tissue, thus alleviating coughing.

More than 10,000 liters of air stream through a person's nose daily – no wonder that nasal sprays often accompany us when we have a cold. A blocked or dry nose is simply unpleasant and impairs our sense of well-being. Besides, a dry nose cannot provide an effective protection against infections of the respiratory system.

Not only colds, but also heated and air-conditioned rooms as well as pollen-laden air often lead to the nasal mucosa drying out. In this case it is helpful, for example,
to moisten and cleanse the nasal mucosa with seawater. Conditioning ingredients in a nasal spray, such as panthenol, can also help the sensitive nasal mucosa.

Moisture-retaining and skin-conditioning panthenol (short for dexpanthenol) is often used in ointments and nasal sprays. Via the skin layers, dexpanthenol is converted into the B-vitamin pantothenic acid known for its regenerating characteristics.
Nasal sprays containing panthenol cleanse, moisten and thus condition the nasal mucosa.